I received some free, already peeled and sliced apples from my mom this past weekend. What a win! I didn’t have any of the hard work to do. I knew I needed to make something sweet with them, so I decided to mix it up from my usual cupcake and instead make a cheesecake. 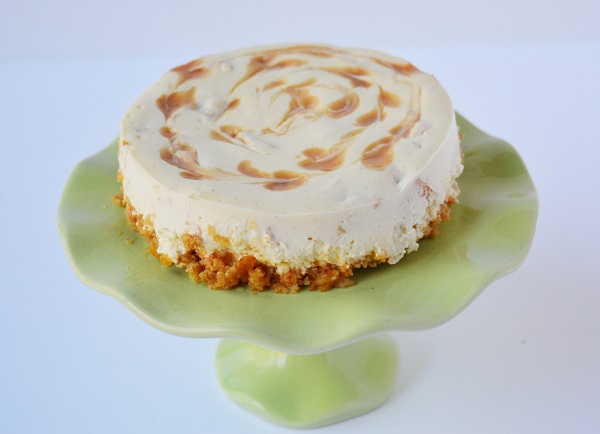 I could probably eat the whole thing in one sitting. So, the cheesecake pictured is 1/3 of the recipe, as I didn’t want to be tempted to try.

A few notes – some people prefer to bake cheesecakes in a water bath, as it often helps prevent cracking. I do not have a dish large enough to place the cheesecake into, so I skipped this step. I also find that the speed in which the cheesecake cools to lead to cracking; hence allowing it to cool in the oven prior to removal can be helpful.